Terry Barkman, founder of Sailboat Coaching International, has been leading sailing trips for over a decade, but if you’re new to us you may be wondering about some of the basics of what we do. I recently had the privilege of interviewing with Diane Hume from “Dream Receiver Coaching” where we addressed some of those questions.

Intrigued by what Sailboat Coaching has to offer? Book a FREE CONSULTATION with me now!

What does a typical sailboat coaching trip look like?

Each trip is unique; different trips will have different clients, co-leaders and coaching topics. It’s best to come prepared to discuss what’s been challenging for you recently so you get as much benefit as possible.

That being said, the sailboat trips we offer have many similarities as well. Depending on the sailboat, a trip will have around 9 clients and 3 coaches. I make time for coaching clients on each trip so we can get away from the loud noise of the city and really dive deep into your roadblocks, goals and priorities in life while being surrounded by open water.

Locations for trips range from local trips such as Deep Cove or English Bay to destination trips like Fiji and Spain. There are great areas for sailing near Vancouver BC, but it’s tough to beat the clear blue water and tropical islands of the Caribbean and we want to offer trips that ALL of our clients can fall in love with! 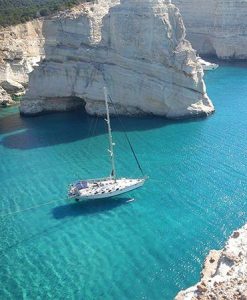 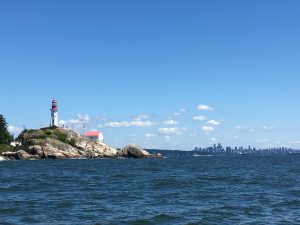 Check out our TRIPS page to see what what a trip looks like!

FUN: Sail and Singalong with the Monohullers

What is sailing the Mediterranean actually like?  …sometimes show is better than tell!!

Are you ever tempted to be too cool for school?  Doesn’t that end up being a little, well, boring??  Here is to the people living life to the fullest!!

SHOULD I BE WORRIED?? 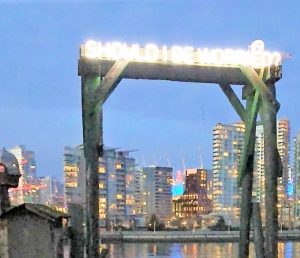 Should I be worried??  To worry or not to worry, if that is the question, then I would say don’t bother.

We all worry from time to time.  Can anyone think of a time when worrying has helped the situation in any way?  Worrying just takes up energy, and distracts us from what we should be focused on.  Speaking of focus, I don’t know if I can live with the blurriness of this picture.  The intention is to show visually what happens when we lose focus on what is important to us, and within our ability to control.  Perhaps this picture is too effective, because it is giving me the same headache I get when I am out of alignment with my values in life, and my priorities go out of focus! 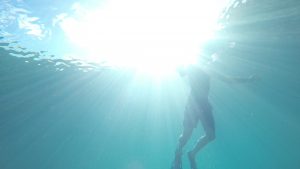 “I do my best thinking in nature, I am very drawn to water, this is a perfect place to do this kind of self work. It is very calming.”  Denise Doerksen

Denise, it was special to see the water working its calming magic on you!   Thanks for all the enthusiasm you brought to our trip.  😀  It thrills me to see the new found energy you are bringing to your life and business as an entrepreneur!  Keep pressing into your declaration.  I can’t wait to sail with you in the Caribbean, or the South Pacific!!

“It is a life changing experience!  …All my friends, you HAVE to do this!  You’ve gotta get yourself here!” … I’ll definitely be signing up for one of the tropical destinations!”  Denise Doerksen What are you still curious about?  Is your curiosity growing?  When we were children, our curiosity was unlimited.  But for many of us, we learned to ask less questions.  We lost the ability to fall easily into wonder.  What if we were intentional about possibility??

It’s about being open to possibility, without attachment to a particular outcome….  It’s about letting our guards down and welcoming in the unknown, weaving intricate webs and connecting and everyone we encounter.”  Sue Abuelsamid

“We could be curious, because we were unrestrained: we had stars above us and trees around us and anything was possible.”  Sue Abuelsamid

WHAT IS SAILBOAT COACHING INTERNATIONAL??

Well, would you look at that!

Here are a few treats from our recent adventures with TBark and the Monohullers in Spain!  20-25 knot winds were the norm.  Some days the wind really filled in!!  Castles were stormed, and fishes photobombed our snorkeling selfies.

Thanks to Frank Byl for the shot of our boat powering into the waves!   Thanks to Patrick and our friends atYacht sales west for providing the Barvaria 42 in Vancouver where the interview was shot!  Thanks to Amos Bracewell for enthusiastic interview!  Thanks to Ed Kerrie for cutting it all together!

Adam Hammil as himself

Angele Arrieta as herself

Christie Pickering as herself

Jeremy Toews as himself

Josh Dolan as himself

“I am doing something completely different! I am actually rebuilding my career… I’ve dropped everything! I am developing my OWN business!”

What Adriana articulates so well, is what it is like to experience Sailboat Coaching International as an entrepreneur.  We are fortunate to be able to sail and work together with visionary like her!  I can’t wait to see where she takes her coaching business!